2 Samuel 12:1-10
So the Lord sent Nathan to David. When he arrived, he said to him:
There were two men in a certain city, one rich and the other poor. 2 The rich man had a large number of sheep and cattle, 3 but the poor man had nothing except one small ewe lamb that he had bought. He raised it, and it grew up, living with him and his children. It shared his meager food and drank from his cup; it slept in his arms, and it was like a daughter to him. 4 Now a traveler came to the rich man, but the rich man could not bring himself to take one of his own sheep or cattle to prepare for the traveler who had come to him. Instead, he took the poor man’s lamb and prepared it for his guest. 5 David was infuriated with the man and said to Nathan: “As the Lord lives, the man who did this deserves to die! 6 Because he has done this thing and shown no pity, he must pay four lambs for that lamb.” 7 Nathan replied to David, “You are the man! This is what the Lord God of Israel says: ‘I anointed you king over Israel, and I delivered you from the hand of Saul. 8 I gave your master’s house to you and your master’s wives into your arms, and I gave you the house of Israel and Judah, and if that was not enough, I would have given you even more. 9 Why then have you despised the command of the Lord by doing what I consider evil? You struck down Uriah the Hittite with the sword and took his wife as your own wife—you murdered him with the Ammonite’s sword. 10 Now therefore, the sword will never leave your house because you despised Me and took the wife of Uriah the Hittite to be your own wife.’ 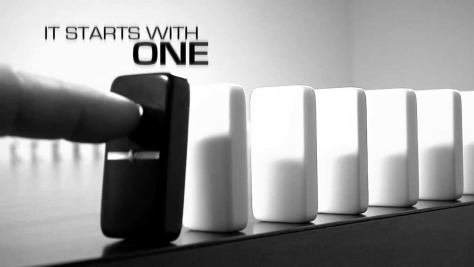 When the leader of the household sins against the Lord he is putting his family in danger as well. God treats the family unit as a one…Let’s look at it with an illustration: The husband is driving the car with his wife and kids. He gets into a car accident for not paying attention and not only does he hurt himself but also hurts his family who’s with him in the car. To the husbands out there, remember that your sin doesn’t end with you but with your family. Don’t sin and drive.

Man Shall Not Live On Bread Alone

Just like a person’s body needs food to say alive, which will give him the strength to…

The LORD Opens The Eyes Of The Blind

Only Jesus Christ can open up a person’s spiritual eyes to see the truth and know it.