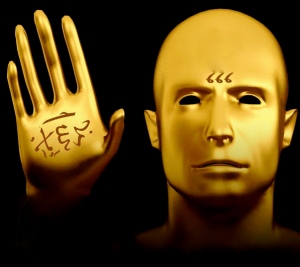 16 And he requires everyone—small and great, rich and poor, free and slave—to be given a mark on his right hand or on his forehead, 17 so that no one can buy or sell unless he has the mark: the beast’s name or the number of his name. 18 Here is wisdom: The one who has understanding must calculate the number of the beast, because it is the number of a man. His number is 666.

Starting from Chapter 12:7 all the way through Chapter 13 which connects in sequence, the second half of the seven years of the tribulation, Satan gets defeated by Michael and his angels (the war in heaven). Satan is thrown down and comes in fury to the earth and establishes his supreme rule on the earth for a short time. The image of the Beast (the Antichrist) is put on the corner of the third temple in Jerusalem and he will claim to be God and demand worship. The Devil first goes after the woman which is Israel but Israel gets protected. He then changes his focus and goes after the Christians and messianic Jews spread out all over the world to force them to either receive his mark and worship the image he has set up on the third temple or go to prison or death.

9 And a third angel followed them and spoke with a loud voice: “If anyone worships the beast and his image and receives a mark on his forehead or on his hand, 10 he will also drink the wine of God’s wrath, which is mixed full strength in the cup of His anger. He will be tormented with fire and sulfur in the sight of the holy angels and in the sight of the Lamb, 11 and the smoke of their torment will go up forever and ever. There is no rest day or night for those who worship the beast and his image, or anyone who receives the mark of his name. 12 This demands the perseverance of the saints, who keep God’s commands and their faith in Jesus.”

The question that a lot of Christians asks is, can a person after receiving the mark of the Beast have a chance to be saved? The answer is no. Receiving the mark of the Beast is not only putting a mark on you but that mark signifies that you belong to the Devil. Also, you have to give your alliance to the Satanic system and worship the Beast’s image. Anyone who receives the mark of the Beast will never get saved because in their hearts they have rejected Jesus Christ, look at verse 12 and see that it demands from all the saint’s perseverance in the matter of not receiving the mark. A person who is truly saved will never accept the mark but one who claims to follow Jesus but receives the mark was never saved in the first place as seen in 1 John 2:19 which says, 19 They went out from us, but they did not belong to us; for if they had belonged to us, they would have remained with us. However, they went out so that it might be made clear that none of them belongs to us.

The Lake of Fire is a never-ending torment for those who reject Jesus by accepting or receiving the mark of the Beast. Whatever you do, do not get the mark of the Beast but put your faith and trust in Jesus’ sacrifice, that He died for your sins and on the third day He rose from the grave and reigns at the right hand of God the Father.

2 I also saw something like a sea of glass mixed with fire, and those who had won the victory over the beast, his image, and the number of his name, were standing on the sea of glass with harps from God.

Here we see that those who are victorious are the individuals who will refuse to take the mark of the Beast and worship his image. Those that die for Christ by not taking the mark will stand in the presence of the Living God to praise Him. That is something to look forward to.

8 thoughts on “Do Not Receive The Mark Of The Beast”