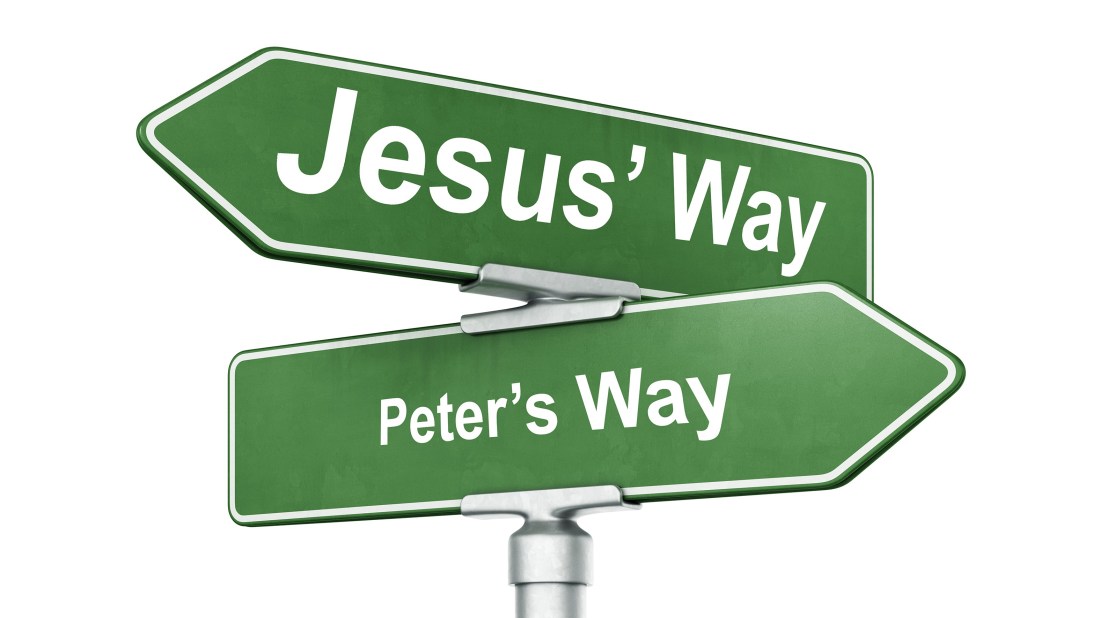 21 From then on Jesus began to point out to His disciples that He must go to Jerusalem and suffer many things from the elders, chief priests, and scribes, be killed, and be raised the third day. 22 Then Peter took Him aside and began to rebuke Him, “Oh no, Lord! This will never happen to You!”
23 But He turned and told Peter, “Get behind Me, Satan! You are an offense to Me because you’re not thinking about God’s concerns, but man’s.”

We know that when Jesus said “Get behind Me, Satan!, He was referring to Peter. The word Satan in Greek means adversary which is to be against someone so Peter at the time was against God’s will, in the sense of trying to stop Jesus from being killed, not knowing the implication if Jesus wouldn’t have died on the cross. In the Book of John, we see that the fallen angel Satan did want Jesus to die as seen in John 13:18,21,24-27 which says, “18 I’m not speaking about all of you; I know those I have chosen. But the Scripture must be fulfilled: The one who eats My bread has raised his heel against Me. 21 When Jesus had said this, He was troubled in His spirit and testified, “I assure you: One of you will betray Me!”
24 Simon Peter motioned to him to find out who it was He was talking about. 25 So he leaned back against Jesus and asked Him, “Lord, who is it?”
26 Jesus replied, “He’s the one I give the piece of bread to after I have dipped it.” When He had dipped the bread, He gave it to Judas, Simon Iscariot’s son. 27 After Judas ate the piece of bread, Satan entered him. Therefore Jesus told him, “What you’re doing, do quickly.”

When Jesus said “What you’re doing, do quickly”, He was not only talking to Judas but to Satan the fallen angel since he entered Judas to use him to betray Jesus and put Him to death.

As Christians, if we are ignorant of God’s Word and are trying to follow Jesus without knowing what’s inside the Book, we can be found to be going against the very Word that we claim to follow as Peter did when he rebuked Jesus and tried to stop Him from going to the cross.

Don’t be misinformed, READ THE BIBLE!

5 thoughts on “Did Jesus Rebuke Peter Or Satan?”