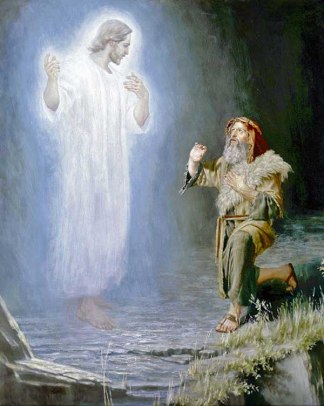 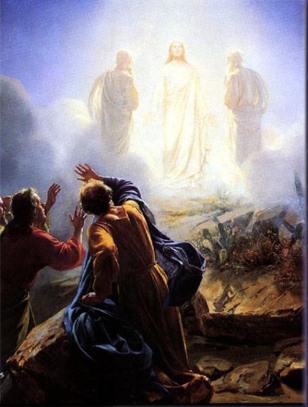 29 As Moses descended from Mount Sinai—with the two tablets of the testimony in his hands as he descended the mountain—he did not realize that the skin of his face shone as a result of his speaking with the Lord.

After six days Jesus took Peter, James, and his brother John and led them up on a high mountain by themselves. 2 He was transformed in front of them, and His face shone like the sun. Even His clothes became as white as the light. 3 Suddenly, Moses and Elijah appeared to them, talking with Him.

Before the tabernacle was erected, Moses always spoke to God on the mountain. Since he was in close proximity his face absorbed God’s glory. In the New Testament, the Book of Matthew chapter 17 we see Moses speaking with Jesus on a mountain who was transformed into a walking sun and now the reader will understand why when Moses was on earth his face shone like the sun. In Mt. Sinai, it was Jesus whom Moses spoke with.

7 “If you know Me, you will also know My Father. From now on you do know Him and have seen Him.”
8 “Lord,” said Philip, “show us the Father, and that’s enough for us.”
9 Jesus said to him, “Have I been among you all this time without your knowing Me, Philip? The one who has seen Me has seen the Father. How can you say, ‘Show us the Father’?

4 thoughts on “Moses Spoke With Jesus On Mount Sinai”