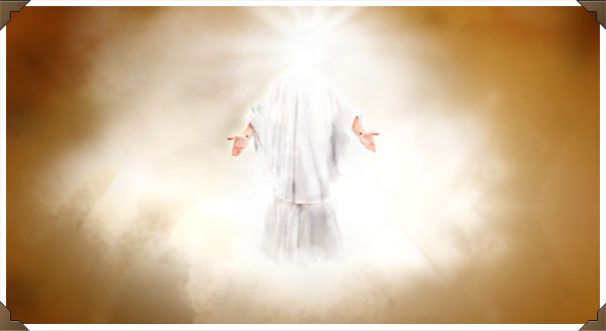 16 Therefore repent! Otherwise, I will come to you quickly and fight against them with the sword of My mouth.

Jesus is warning those who are worshiping idols by participating in the rituals and engaging in sexual immorality which is the snare that Satan uses to hook them into idolatry.

The phrase “fight against them with the sword of My mouth” refers to Revelation 19:15 which says, 15 A sharp sword came from His mouth so that He might strike the nations with it. He will shepherd them with an iron scepter. He will also trample the winepress of the fierce anger of God, the Almighty.

With His spoken Word He will destroy and kill those who are against Him by worshiping demons through idols (Revelation 9:20), living a life that’s against holy scripture and an unwillingness to submit to Jesus Christ.

17 “Anyone who has an ear should listen to what the Spirit says to the churches. I will give the victor some of the hidden manna. I will also give him a white stone, and on the stone a new name is inscribed that no one knows except the one who receives it.

When the Holy Spirit speaks, one has to give primary attention to God who is the source of our life. The phrase “I will give the victor some of the hidden manna” refers to those with genuine faith and manna in the gospel of John equates to Christ Himself. Hidden manna could also mean that in heaven we will fully know Jesus Christ and certain things that weren’t revealed to us here pertaining to our lives on earth as stated in 1 Corinthians 13:12 which says, For now we see indistinctly, as in a mirror, but then face to face. Now I know in part, but then I will know fully, as I am fully known.

Our names being engraved in a white stone gives a picture that our new name will reflect our new nature in Christ, that of sinlessness, white being a picture of holiness. Our names being in the stone shows that our foundation is Jesus our Rock. Every believer will have a name that no one else knows so that the believer will have that special intimacy with Christ who will be the only one to know.

18 “Write to the angel of the church in Thyatira:
“The Son of God, the One whose eyes are like a fiery flame and whose feet are like fine bronze, says:

Jesus Christ in His full glory reflects His power and greatness-see notes on Revelation 1:14 & 15.

19 I know your works—your love, faithfulness, service, and endurance. Your last works are greater than the first.

Here Jesus reveals that He pays close attention with great interest to His servants’ walk and obedience to the Word of God. He tells them that their faithfulness towards His will and endurance through tribulation without wavering has surpassed that of the beginning of their faith in Christ.

20 But I have this against you: You tolerate the woman Jezebel, who calls herself a prophetess and teaches and deceives My slaves to commit sexual immorality and to eat meat sacrificed to idols.

Jesus points out that they do have a major problem. It seems that their political correctness and their unwillingness to call out a false teacher for what they are has infected the church with false doctrine and spiritually destroying some.

When a believer encounters someone who claims to be a Christian who is teaching or promoting heresy, if we don’t warn other Christians and expose that person as a false teacher for being a wolf among the sheep simply because we don’t want to offend, then we are endangering our brothers and sisters in Christ. False doctrine is like a small flame that starts at first but if left alone without putting it out it will burn down the whole house with everyone in it.  We cannot tolerate false teaching period. It doesn’t matter who the person is, the truth must be primary. Without it there’s no point to the message being proclaimed.

“Dear children” This phrase means to those who follow Jesus Christ who are called Christians.

Are We Living In The End Times?

The first time that the Holy Spirit was sent to the saints, was the beginning of the End Times. It is as if the clock for the return of Jesus Christ started.