Let us first start in creation. Satan wants to erase God as creator and put himself in His place through the Big Bang theory.

The Big Bang Theory says that before the universe with stars and galaxies existed, there was a very hot and dense superforce. This superforce is called “interactions” which consist of gravity, electromagnetism, the weak force, and the strong force. https://simple.wikipedia.org/wiki/Big_Bang

Personally, it sounds like they got their theory from George Lucas, the creator of Star Wars “the force is with you” which the movie taught that through meditation, one can tap into that force and achieve the impossible.

According to the science community consisting of atheists, creation started from a “superforce” components which came from nowhere and from no one.

This “superforce” components is Satan’s signature and reveals that he wants to put himself in the seat of The Creator.

10 Finally, be strengthened by the Lord and by His vast strength. 11 Put on the full armor of God so that you can stand against the tactics of the Devil. 12 For our battle is not against flesh and blood, but against the rulers, against the authorities, against the world powers of this darkness, against the spiritual forces of evil in the heavens.

The community of Evolution and Atheism has made up a belief that came directly from Satan himself. Its true meaning is to make people abandon God completely and worship him. How are they worshipping the devil you may ask? Good question…the more I read about evolution, the more it sounds like New Age philosophy and the occult.

To worship Satan, one is not required to acknowledge him or even join a Satanic Temple, The Occult, or even any type of spiritualism. What we must understand is that Satan doesn’t care if you believe in him or not because regardless of what you may think of him, he will use you for his demonic purposes. Anyone devoid of the Holy Spirit is in Satan’s hands.

24 The Lord’s slave must not quarrel, but must be gentle to everyone, able to teach, and patient, 25 instructing his opponents with gentleness. Perhaps God will grant them repentance leading them to the knowledge of the truth. 26 Then they may come to their senses and escape the Devil’s trap, having been captured by him to do his will.

When a person is not worshipping the true living God, Satan uses them for the sole purpose to attack the Bible to make people doubt it so that they cannot get saved.

4 In their case, the god (Satan) of this age has blinded the minds of the unbelievers so they cannot see the light of the gospel of the glory of Christ, who is the image of God.

In the early 18th and 19th century there was a man by the name of Franz Mesmer who brought about the teaching of an existing force called “Animal Magnetism” which Franz taught that the force runs through the human body and gave him the power for healing his patients through it. The occult was influenced by Franz’s teachings.

Why did Franz call it Animal Magnetism? Because the demonic forces are always mentioned in Scripture as having animal characteristics for their viciousness and deadly attacks. Below are a few examples

This is the end of Part 1, in Part 2, I will get into how Satan wants to change and put his signature in the verse that says, “26 Then God said, “Let Us make man in Our image, according to Our likeness (a). 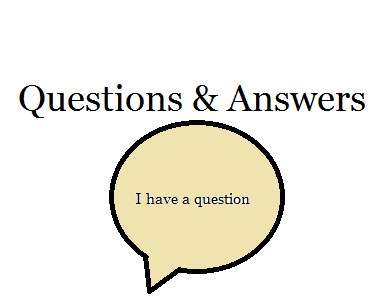 I just want to know how would somebody know that he has the calling for God upon his life?

Thank you for your question

First of all, we need to recognize God’s voice. By reading the Scriptures you will get acquainted with God’s character and the things that He likes and dislikes. We must be vigilant because Satan can also speak to us or even one’s flesh/desires, so knowing the difference is essential. God has a calling for all believers, the closer we are to the Lord, the clearer we can hear Him and distinguish who is speaking to us.

4 When he has brought all his own outside, he goes ahead of them. The sheep follow him because they recognize his voice. 5 They will never follow a stranger; instead they will run away from him, because they don’t recognize the voice of strangers.”

6 Jesus gave them this illustration, but they did not understand what He was telling them.

7 So Jesus said again, “I assure you: I am the door of the sheep. 8 All who came before Me are thieves and robbers, but the sheep didn’t listen to them. 9 I am the door. If anyone enters by Me, he will be saved and will come in and go out and find pasture. 10 A thief comes only to steal and to kill and to destroy. I have come so that they may have life and have it in abundance.

In verse 4, only the sheep (believers) can recognize Jesus’ voice and verse 9 tells you why. Because of the Holy Spirit indwelling a person (saved) can they know the difference between the Lord’s voice and Satan’s. The more we dig deeper into the Word of God, the better our hearing becomes.

Do you want to know what God’s will is for your life? If the answer is yes, then knowing what God has already revealed in Scripture for all His children to follow must first take place before He will reveal the one that is specifically tailored for you.

All Christians have different callings…

…but the same goal, bringing people to Christ.

Then the Lord God formed the man out of the dust from the ground and breathed the breath of life into his nostrils, and the man became a living being.

When does a baby in the womb have a soul?

It is clear that a fetus when it develops a heart and it starts to beat, he or she becomes animated and alive. The spirit in a person makes them alive (Genesis 2:7). The Bible condemns anyone who has an abortion because you are murdering a person with a soul.