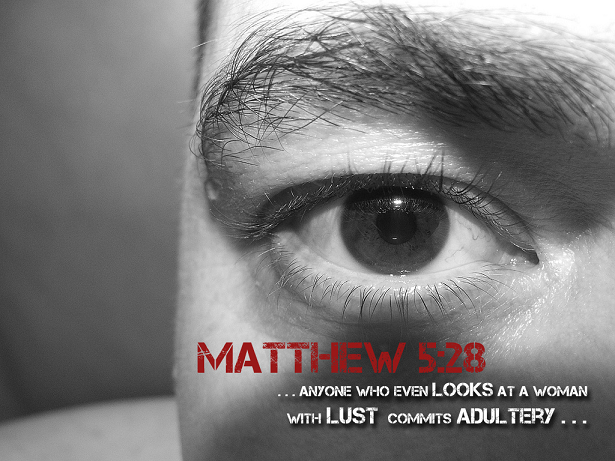 Lust Starts When One Is Young

As a young boy, I sometimes struggled with lust. My cousins would rent an x-rated movie and watch it at my house. After becoming a believer in Jesus Christ at the age of 14, I was changed from within (born again). Nonetheless, the devil would hit me with it to stumble and sin against the Lord. In recent years, the temptation would come my way to hit me. I would fight it, but sadly, sometimes I would lose the fight.

When I Almost Died

To go back to 2008 or 2009, I can’t remember the exact year. I was in my car having lunch. What I really was doing was taking a nap. Suddenly, I felt my heart palpitating. I knew that it was the Lord doing it. I couldn’t understand how I knew it, but I did. I just felt that the Lord was very angry with me for falling into lust, not reading or praying as I should, or living in righteousness. At the moment that my heart was palpitating, I knew I was going to die. I kept asking the Lord in my head, “please Lord no, please Lord no.” Then, it stopped.

My Conviction That Helped Me Overcome Lust

The experience I went through in the car scared me immensely. After that incident, I didn’t fall into lust for a long time. Sometime later, it started again gradually. The attacks being images were placed in my mind so that I would fall into lust. The fight ensued until my conviction. My conviction occurred several years later, when my wife found out, I was greatly humiliated and convicted at the same time. I repented with deep sorrow and tears. After my repentance and my new conviction, my life wasn’t the same, as you can imagine. I remember going outside and seeing women dressed very provocatively, it didn’t faze me one bit because of what the Lord did in me. My conviction is still as strong today as the first day I was convicted.

I am very grateful to the Lord for my deliverance, but the devil would attack my wife and torment her with the videos and the images of the women she found out that I watched when I fell. Porn causes havoc to one’s marriage if not treated to overcome it. Another thing that occurred to me was lying. I became that which I despised. My wife would ask me penetrating questions that were very embarrassing for me to disclose, and I would fall into lying to avoid feeling humiliated. The sin of lust is very humiliating, especially when one has to share it, knowing that it won’t make things better, but it must be done for one’s conscience and to move forward by being opened.

It was very awkward for me at first to share it, but eventually, I did. I should have confessed everything right from the start, something that I regretted not doing.

Satan has even tried attacking me with lust in my dreams, but even there, it is blocked. I will tell you one of my dreams.

“I was dreaming that I was watching a show of some sort. All of a sudden, a woman got naked. In my dream, I saw myself putting my hand on the screen to block the image from seeing it.”

I had about three more dreams somewhat like it.

I can confidently say that that conflict in my life has been won. If you are a man and you are struggling, being tempted by the enemy, to fall into lust, unceasing prayer is the answer. My mistake was that I didn’t cry out to Him every day until my deliverance. What I mean is, that I needed to get on my knees and seek the Lord with tears, asking the Lord to convict me. Conviction by the Holy Spirit is what delivered me, which is very powerful, life-changing.

3 But sexual immorality and any impurity or greed should not even be heard of among you, as is proper for saints.

16 I say then, walk by the Spirit and you will not carry out the desire of the flesh. 17 For the flesh desires what is against the Spirit, and the Spirit desires what is against the flesh; these are opposed to each other, so that you don’t do what you want. 18 But if you are led by the Spirit, you are not under the law. 19 Now the works of the flesh are obvious: sexual immorality, moral impurity, promiscuity, 20 idolatry, sorcery, hatreds, strife, jealousy, outbursts of anger, selfish ambitions, dissensions, factions, 21 envy, drunkenness, carousing, and anything similar. I tell you about these things in advance—as I told you before—that those who practice such things will not inherit the kingdom of God. 22 But the fruit of the Spirit is love, joy, peace, patience, kindness, goodness, faith, 23 gentleness, self-control. Against such things there is no law.

Without self-control, no one can overcome any fleshly temptation. Self-control is a fruit of the Holy Spirit that only can be obtained through a Spirit filled believer. You have to be saved first. Only by the power of Jesus Christ can you overcome.

Pornography doesn’t look at age or discriminate against it, even an old man who was 78 years old, while in his dying bed with heart failure, confessed his continued struggle with it. A testimony from Pastor John MacArthur found here, just click on the link Dealing with Private Sins

Satan’s weapon and tactic for men are to fall into pornography because the devil knows that God created all men with the desire to have a wife for companionship and intimacy [Genesis 2:22-23, HCSB]. The purpose of pornography is to eventually get you into an affair to destroy your faith and family. Once your family is destroyed by having the father in shame with his wife and children, then the devil will have free rein for the rest of his family with no more protection. A father is the protection of his family. The father is the one that must have a strong faith in the Lord, guiding his family and building their trust in the Lord.

The Sanctifying Work Of God For Holiness

God is sanctifying all genuine believers because He doesn’t want to catch you in the act of watching pornography or even committing physical adultery when He raptures His church. Jesus will make sure to convict the hearts of His children to repent for a commitment to live in holiness.

35 Some of the wise will fall so that they may be refined, purified, and cleansed until the time of the end, for it will still come at the appointed time.

If your computer and phone are where you seem to stumble in, then give yourself restrictions. Don’t take your phone to the bathroom so that you can cut off any opportunity for the enemy to tempt you. Tell a Christian friend whom you trust to have accountability. Prayer and reading of God’s Word daily will keep your faith up so that you can have the strength to fight those temptations. Take all of the steps that I mentioned, and it will be a great start in moving in the right direction for your deliverance with the Lord’s help.