“There is a wave of Christians, people that I have met on this app, and I have found favor among them. Progressive Christians are what the world needs right now. We both agree that religion needs massive amounts of change between your flawed Bibles asinine [stupid or silly] ideals and just outright misinformation. We’ve [the satanists] had enough. So, in a Lucifer gang, first I’m here to thank you Christians, progressive Christians, for your assistance [helping the devil accomplish his plans] in this fight against misinformation.”

A satanist praised the progressive Christian community for aligning themselves with Satan, the prince of darkness, without being aware. Those who adhere to progressive theology—thinking it’s from God—are not purposely believing in satanic teachings. However, through the enemy’s deception, their theology strays very far away from sound doctrine, what the Bible teaches, to satanic doctrines.

Now the Spirit expressly states that in later times some will abandon the faith to follow deceitful spirits and the teachings of demons, 2 influenced by the hypocrisy of liars, whose consciences are seared with a hot iron. -1 Timothy 4:1-2 BSB

Here you have a worshiper of Satan thanking progressive Christians. If the devil thanks you, I know for sure that’s not a good thing, putting you in serious trouble, spiritually. You are in desperate need of evaluating your spiritual walk and what you believe in if you consider yourself a progressive Christian.

What harmony is there between Christ and Belial? Or what does a believer have in common with an unbeliever? -2 Corinthians 6:15 BSB

What is a progressive Christian? It is a Christian who tries to integrate the culture with the Scriptures. That would include abortion, homosexuality, socialism, social justice [replacing it with biblical righteousness], rejecting the Bible’s inerrancy, etc.

What do you believe about God and the person of Jesus Christ? Are your beliefs biblical? There’s only one way to find out. Open up your Bible and see if what you believe to be true agrees with the Scriptures.

18 Then the Assyrians called out loudly in Hebrew to the people of Jerusalem who were on the wall, to frighten and terrify them in order to capture the city. 19 They spoke against the God of Jerusalem as they had spoken against the gods of the peoples of the earth—the work of human hands. -2 Chronicles 32:18-19 BSB

The tactic that the enemy employs to defeat the Christians or even those who are getting close to salvation is by getting them to be afraid of something. Once a person gives in to that, they are doomed. The devil will say that God cannot help you, and only his solution can.

A great deception is happening today, all over the world. The jab does a devastating thing to the human body. After a person takes the two jabs, it wipes out one’s antibodies—the immune system—and won’t be able to fight against other diseases.

An Article: Half of People Who Did This Had No Antibodies After Vac******* (jab), Study Says…Bestlifeonline.com

The jab is satanic, and its purpose is to kill off one’s immune system to become compromised for future diseases. It makes a lot of sense to me why they are so hammered in getting everyone jabbed. In the future, after everyone’s antibody is gone, they can release another plague to wipe out many people. That is what the elites, who are into the occult, have in mind. Why do you think we have abortion facilities to lower the human population.

Everyone who got deceived in taking the jab has put their lives in danger. Fear was the tool that Satan used to make people take the needle and kill their antibodies. The Scripture says that Satan comes to kill and destroy…“The thief comes only to steal and kill and destroy. I have come that they may have life, and have it in all its fullness.” -John 10:10 BSB

When a new virus is introduced to the population, all those who got jabbed will be defenseless. Many people will die from a plague, as stated in Revelation 6:8. The stage is being set for that day. Are we not to trust in the Lord, or should we put our trust in men?

Put not your trust in princes, in mortal man, who cannot save. -Psalm 146:3 BSB

The people in New York City are under assault. Below is a speech that the Governor of NY gave to believers that will shed light on Satan’s strategy.

“We are not through this pandemic I wished we were, but I prayed a lot to God during this time and you know what God did, answer our prayers. He made the smartest men and women, the scientists, the doctors, the researchers, He made them come up with a vac**** that is from God to us, and we must say thank you, God. Thank you, and I wear my vac***** necklace all the time to say I’m vac****ted. All of you, yes, I know you’re vac****ted. You’re the smart ones, but you know there’s people out there, who aren’t listening to God, and what God wants, you know this, you know who they are. I need you to be my apostles. I need you to go out and talk about it, and say we owe this to each other, we love each other. Jesus taught us to love one another, and how do you show that love? But to care about each other enough to say, please get vac****ted because I love you.”

She wears a necklace that says vaxed instead of the cross. She said that she prays to God. My question would be, which God? Not the God of the Bible. A Democrat, who supports the murders of infants, lawlessness, godlessness through socialism, sexual immorality— which is homosexuality, and making Americans take a deadly jab against their will or they will get punished. This lady is demonic, and she is making this vac**** her religion by saying it is from God, and she is sending out her apostles. Her gospel to Christians is, Jesus loves you and wants you to take the death shot. Would Jesus want you to take a jab that will destroy your immune system, which He put into your body to protect it from viruses? This woman tries to look like a lamb but speaks like a dragon.

A special shoutout to Bruce Gerencser, the atheist, and his cronies for promoting my post.

I had this dream on 9/16/2021. In my dream, I saw Kim Jong Un wanted to know about the End Times. Then, I heard someone say that the whole east coast of the United States got destroyed.

The Dream Showed Me Through A Computer Simulator, How the East Coast Started To Get Destroyed

The dream switched to a computer simulator showing a big military helicopter having two big propellers. It seemed it was close to the United States, hovering in the air, waiting for something to happen. 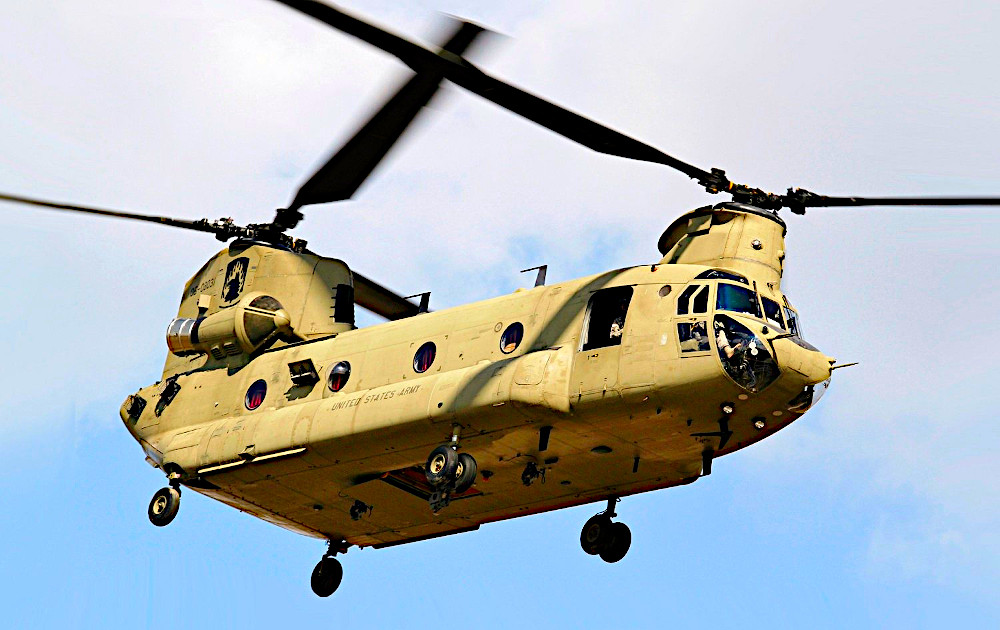 The dream showed me another plane, and this one was a jet carrying a devastating missile. The jet plane headed to New York City. It was coming from the direction of the pacific northwest, flying through the coastline of California. 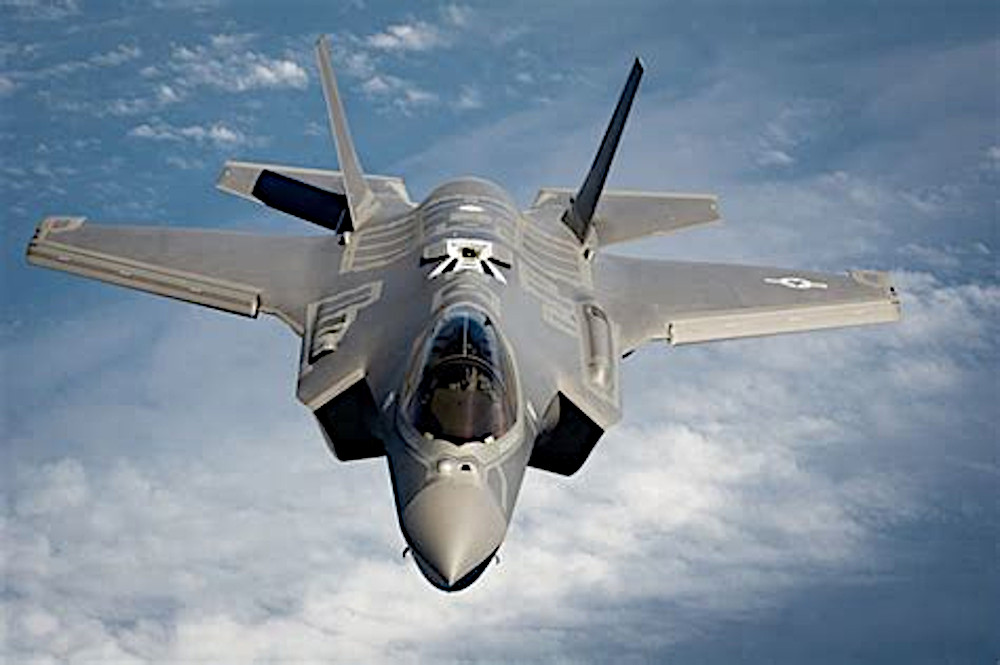 The jet plane got detected by the United States, the military base in California started shooting many missiles at it to bring it down. The jet seemed to be a special one because it managed to maneuver in such a way that all the rockets fired at it missed.

The enemy jet reached its target—New York City—shot the missile it was carrying and hit one part of the City. The dream didn’t show me which part of New York it hit. In the simulator, it showed me all the buildings falling to the ground, and then a number popped up, showing me how many people died in that on strike, which was 7.4—not sure if it’s referring to millions or thousands.

Now, while America was under attack—starting in New York City, It showed me people in other parts of the city partying, clubbing—doing the nightlife. They were unaware that their city was under attack. Part of the city was in chaos, while the other part, the people, were oblivious to the destruction happening.