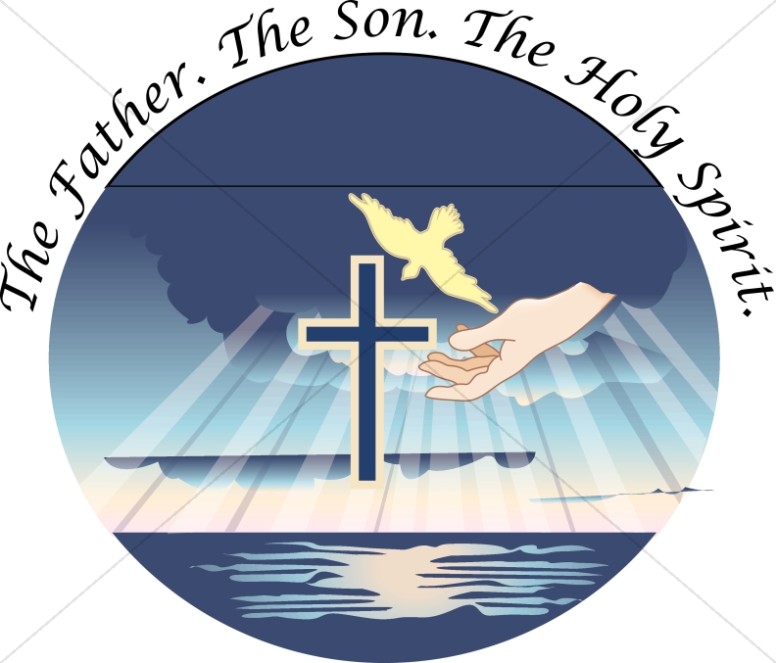 There is a trend out there through a deceiving spirit that is convincing naive women (maybe men also, I don’t know) that the Holy Spirit is a female. I have encountered three so far here in WordPress, Kenzelsfire, Sarah, and Insanitybytes22. I am defending the Holy Spirit against this erroneous belief and putting this deception to rest permanently.

These people are blaspheming the Holy Spirit because He does not live in their hearts and shows that they are lost. The reason why the Holy Spirit is being targeted is to keep people from salvation.

1 In the beginning was the Word, and the Word was with God, and the Word was fully God.
14 Now the Word became flesh and took up residence among us. We saw his glory—the glory of the one and only, full of grace and truth, who came from the Father.

God came in human form in the person of Jesus Christ.

3 But Peter said, “Ananias, why has Satan filled your heart to lie to the Holy Spirit and keep back for yourself part of the proceeds from the sale of the land? 4 Before it was sold, did it not belong to you? And when it was sold, was the money not at your disposal? How have you thought up this deed in your heart? You have not lied to people but to God!”

In Acts 5, we are told that Ananias lied to God but also to the Holy Spirit. Did he lie to both? No, he lied to God alone.

The word God is the umbrella of the word trinity. The Father, the Son, and the Holy Spirit all fall into the word God because all three are God.

22 who also sealed us and gave us the Spirit in our hearts as a down payment.

16 I pray that according to the wealth of his glory he will grant you to be strengthened with power through his Spirit in the inner person, 17 that Christ will dwell in your hearts through faith, so that, because you have been rooted and grounded in love

Jesus and the Holy Spirit are interchangeably used in Scripture because both are the one true God, Yahweh.

Simple logic tells you that if Scripture already reveals God the Father and God the Son as masculine by title and gender (meaning Jesus) and since the Holy Spirit is God as well, then logic makes the Spirit of God masculine. That would be Biblical logic, but the good news is we don’t really need it to prove that the Spirit of God is revealed as male. Let’s look at what the Scripture has to say.

15 “If you love me, you will obey my commandments. 16 Then I will ask the Father, and he will give you another Advocate to be with you forever— 17 the Spirit of truth, whom the world cannot accept, because it does not see him or know him. But you know him, because he resides with you and will be in you.

You have him, four times, and he once referring to the Holy Spirit, and that is only out of 3 verses. The only way you get the Holy Spirit to be a female is if you take out a scissor and start cutting away all the verses that reveal the Holy Spirit as a male.

These cultic women want to emasculate God (the Spirit) and put Him into their gender. The culture today is trying to make men, women because homosexuality and every sexual perversion are out to destroy the image of God in men.

In Scripture God claims to be male so Satan introduces the concept of a female within the Godhead so that God may be turned into a goddess. Satan does not want people to worship the God of the Bible but wants people to worship a twisted version of God that is made-up of his imagination to make sure that they stay blind.

4 among whom the god of this age has blinded the minds of those who do not believe so they would not see the light of the glorious gospel of Christ, who is the image of God.

Satan tries to make people believe in the opposite like down is up, wrong is right, bad is good, lying is truthful, darkness is light, and God is female.

Remember, the Holy Spirit will always lead a person back to the Bible. If you feel that you are being led to another book that describes a different person and character of God as revealed in Scripture, do not believe it. The spirit leading you to that book is not the Holy Spirit but a demon.

New: Verse By Verse Through Revelation is now available in book form and ebook. Click on the link below to purchase one or for more information.

For one to be a leader of a church, one must have a good reputation with the community of believers and with those outside th

Paul left Titus in Crete to help the church get established. Titus had to use his biblical knowledge…

Stoning was instituted by God, in the Old Testament, as a punishment for anyone who would commit a capital crime (just like today, we have the electric chair). Stoning was a death sentence. After the revelation of Jesus Christ and His gospel, the era of grace had arrived.

A New Book: A Study Guide To 2 Thessalonians Will Be Available Soon

To Sample The Book Click HERE Spiritualminefield Bookstore is under development. It will available soon. In the sample, it won’t show “My Study Notes.” At the end of each chapter, it has five blank pages with the heading “My Study Notes” for putting one’s notes, thoughts, or extra insights. The book is pocket-size (4.25 x […]