9 And recognizing the grace that I had been given, James, Cephas, and John—those reputed to be pillars—gave me and Barnabas the right hand of fellowship, so that we should go to the Gentiles, and they to the circumcised. -Galatians 2:9 BSB

Profile: James
James was the leader of the church in Jerusalem and the half-brother of the Lord Jesus Christ, see Galatians 1:19 and Acts 15.

Profile: Cephas
The word Cephas in Aramaic means rock and it is translated in Greek as Peter (Petros), see John 1:42. Peter was a disciple of Jesus Christ and the brother of Andrew. Satan with Jesus’ permission attacked and caused Peter to deny Jesus three times. Afterward, Peter repented and was strengthened by the Lord. Peter wrote 1st & 2nd Peter.

Profile: John
John was one of Jesus’ disciples who wrote the Gospel of John, 1st, 2nd, and 3rd John, and the Book of Revelation. He was the only one that didn’t get martyred for his faith in Jesus Christ. However, he did get persecuted, see Revelation 1:9, as he was banished to the Island of Patmos for his faith, where he wrote Revelation through visions given to him by an angel from the Lord, see Revelation 1:1.

These three men were the ones who held up the faith strongly and helped lead the churches in sound doctrine according to the teachings of the Lord Jesus Christ (found in the New Testament). They followed the principles of the Old Testament, understanding them through the lens of the Messiah as taught by Him.

James, Cephas (Peter), and John understood that Paul and Barnabas were to go out and make disciples in the Gentile world to fulfill what Jesus said in Matthew 28:18-20, which says…

18 Then Jesus came to them and said, “All authority in heaven and on earth has been given to Me. 19 Therefore go and make disciples of all nations, baptizing them in the name of the Father, and of the Son, and of the Holy Spirit, 20 and teaching them to obey all that I have commanded you. And surely I am with you always, even to the end of the age.” -Matthew 28:18-20 BSB

Some of the apostles went to their own people with the gospel while the rest, including Paul and Barnabas, went to the Gentiles, see verse 8 and its commentary.

16 And the second beast required all people small and great, rich and poor, free and slave, to receive a mark on their right hand or on their forehead, 17 so that no one could buy or sell unless he had the mark—the name of the beast or the number of its name. 18 Here is a call for wisdom: Let the one who has insight calculate the number of the beast, for it is the number of a man, and that number is 666. -Revelation 13:16-18 BSB

The number 666, or the Antichrist’s name that will constitute the Mark of the Beast, will be intertwined with a worldwide financial system. Without having that identification on the right hand or forehead, no one can establish any type of business or get a job to make money. That system will be connected to the devil, and one has to submit to that system and live a godless life or end up dying for Jesus, which is far better than to receive the 666, and after death, be cast into hell.

9 And a third angel followed them, calling out in a loud voice, “If anyone worships the beast and its image, and receives its mark on his forehead or on his hand, 10 he too will drink the wine of God’s anger, poured undiluted into the cup of His wrath. And he will be tormented in fire and sulfur in the presence of the holy angels and of the Lamb. 11 And the smoke of their torment rises forever and ever. Day and night there is no rest for those who worship the beast and its image, or for anyone who receives the mark of its name.” -Revelation 14:9-11 BSB

Australia, China, Sweden, and other countries alike are a picture of what’s coming to all nations when the Antichrist is revealed (2 Thessalonians 2:5-8). I believe the stage for the world to receive the Mark of the Beast is being set, and it will contain an electronic vaccine passport with the 666 embedded with it to put in the body since many nations are already mandating the shot for all their citizens.

How’s your faith? Are you feeding it through God’s Word, or are you too busy with the things of this world? My friend, you don’t have too much time left. Jesus is coming very soon, and if He asks you what you did for Him, what will you tell Him? 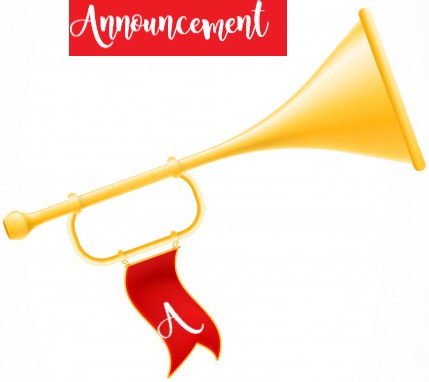 The commentary on the Book of Revelation is now available for purchase at Spiritualminefield Bookstore by clicking on the link, or by typing: https://spiritualminefield.com/bookstore

I will be giving some out for free in the future for an honest book review if anyone would be interested in doing that. The purchase will be a blessing to me, and I pray that it will be for you as well, when you receive the book. I hope that it will help you understand a little bit better the end times.