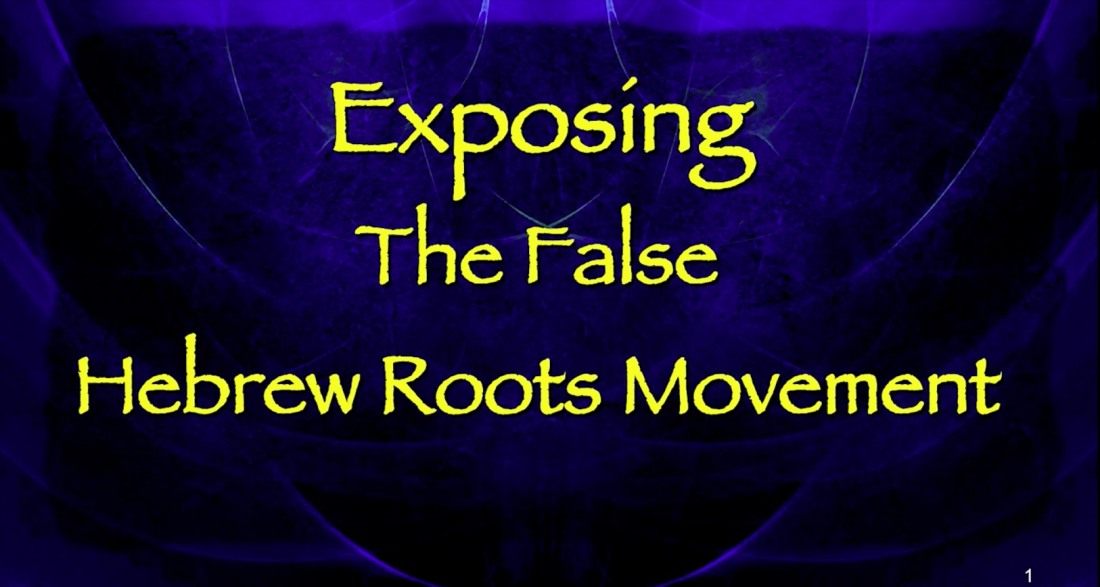 My thoughts about the Old Testament festivals are based on Colossians 2:16-17 which says, Therefore, don’t let anyone judge you in regard to food and drink or in the matter of a festival or a new moon or a Sabbath day. These are a shadow of what was to come; the substance is the Messiah.

The ceremonials and sacrifices were a foreshadow of Jesus Christ. We as Christians shouldn’t surround our walk with the Lord based on fulfilled Old Testament laws except for the one that’s always active, the moral law or as the New Testament calls it, the law of the Spirit (Galatians 5:16-18). Our walk in this life is solely based on Jesus Christ and the teachings of the New Testament and should reject anything contrary to that as seen in 2 John 1:9-11 which says, 9 Anyone who does not remain in Christ’s teaching but goes beyond it, does not have God. The one who remains in that teaching, this one has both the Father and the Son. 10 If anyone comes to you and does not bring this teaching, do not receive him into your home, and don’t say, “Welcome,” to him; 11 for the one who says, “Welcome,” to him shares in his evil works.

Saying that we can apply the Old Testament teachings in principle, and we should understand the O.T. based on the N.T., not the other way around. You can apply the principle behind the literal meaning but we must understand that those laws have been fulfilled in Christ and to go back to them is to reject Christs’ sacrifice and His imputation of His righteousness in keeping the law for you.

You have to be very careful with the “Hebrew Roots Movement” because they are trying to imprison Christians back into the law. The church in Galatia was headed in that same direction (keeping the law) and Paul wrote to them that they were following another gospel as seen in Galatians 1:6-8 which says, 6 I am amazed that you are so quickly turning away from Him who called you by the grace of Christ and are turning to a different gospel— 7 not that there is another gospel, but there are some who are troubling you and want to change the good news about the Messiah. 8 But even if we or an angel from heaven should preach to you a gospel other than what we have preached to you, a curse be on him!

Christ has liberated us to be free. Stand firm then and don’t submit again to a yoke of slavery. 2 Take note! I, Paul, tell you that if you get yourselves circumcised, Christ will not benefit you at all. 3 Again I testify to every man who gets himself circumcised that he is obligated to keep the entire law. 4 You who are trying to be justified by the law are alienated from Christ; you have fallen from grace.

If a person wanted to follow part of the law in this case circumcision he/she was obligated to keep the rest of the law and if a person would go back to the law they would be rejecting Jesus Christ and also would be rejecting His free gift of eternal life. If we go back to the law we are telling Him that we can do a better job in keeping it than He did even though Jesus never sinned and perfectly kept the whole law. To keep the law is to trample upon His sacrifice as if it means nothing (Hebrews 10:29).

Some may say, “one must keep His holy convocations (the law) perpetually throughout all generations as it declares in the Old Testament”

In Genesis 17:13-14 it says, 13 Whether born in your household or bought with your money, they must be circumcised. My covenant in your flesh is to be an everlasting covenant. 14 Any uncircumcised male, who has not been circumcised in the flesh, will be cut off from his people; he has broken my covenant.”

As you can see, circumcision was an everlasting covenant but its true meaning and function is seen in the New Testament, when the covenant was fulfilled by the promised Holy Spirit after Jesus death, resurrection and ascension into heaven that you get circumcise in your heart by the Spirit of God when you put your trust in Jesus. This is seen in Romans 2:29 which says, 29 On the contrary, a person is a Jew who is one inwardly, and circumcision is of the heart—by the Spirit, not the letter. That man’s praise is not from men but from God.

The Lord’s teachings are written in one’s heart by the indwelling of the Holy Spirit who teaches you God’s Word. God was trying to show that we will always fall short of God’s standard and only His Son Jesus Christ can live according to the law without breaking a single command which He did. We are considered righteous not because we keep the whole law but because we have placed our faith in Him who kept it flawlessly for us so that we can receive the righteousness that our works could never achieve. No one can boast and say, “I saved myself by my righteousness and good works.”

Do not let yourself be enslaved by a yoke that Christ has set you free from. We are to walk by the law of the Spirit which is based in Christ alone.

33 thoughts on “My Thoughts On “The Hebrew Roots Movement””